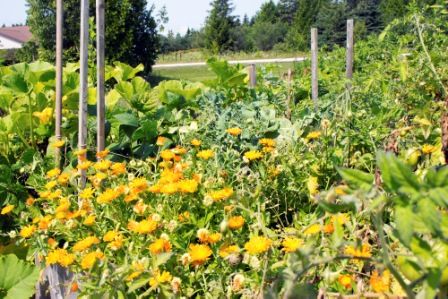 One of the most interesting aspects of working at the Community Foundation is learning how our various funds are tied to community storytelling. Many of our funds are named for important people in our community whose legacy is carried on by the good work that their funds do year after year. Here are a couple of examples.

The Clare “Flea” and Marj Christie Fund was established by the Bumstead and Christie families on the passing of Clarence Christie in October 2016. Mr. Christie was a World War II veteran serving mainly in Europe in the 13th Field Regiment of RCA 22nd Battery from 1942 to 1946. After the war, he worked various jobs and donated many hours as a volunteer on the recreation committee for the City of Owen Sound. Eventually, he was appointed the director of recreation services for the City and was instrumental in the building of the Bayshore Community Centre. He was heavily involved in minor sports and, as a friend said “put community betterment at the top of his list.” Mr. Christie received a great honour by being inducted into the Owen Sound Sports Hall of Fame in 2012. It is no coincidence that the newly established fund in his name will support kids’ access to minor hockey in the Owen Sound area.

Janice Bye touched the lives of many people in her role as a physiotherapist with youth at Closing the Gap Healthcare. She passed away in June 2015, after a traffic accident in Wellington County. Her untimely death spurred her family to continue her life's work in therapy by establishing an endowment fund with Community Foundation Grey Bruce. The Janice Bye Memorial Fund supports Closing the Gap Healthcare clients who are graduating from high school. A grant may provide occupational, physical, and speech language therapy services or associated equipment that will help facilitate the student's integration into their post-secondary educational institution or chosen workplace, increasing productivity and boosting confidence. The Bye family was very generous in ensuring an award was given out in the fund’s first year. This first scholarship recipient, Natalie McDonald of Hanover, is studying Behavioural Sciences at Humber College.  Natalie, a client of Janice Bye since she was four years old, talks of how Janice changed her life: "[I] believe that she has influenced me to be the person I am today, to be an even better person tomorrow. She helped me gain so much independence and fight so many battles."  Janice’s positive influence carries on.

Another new scholarship fund is named after a prominent doctor in our region whose community service continues on with the fund. The Dr. James Leeson & Family Endowment Fund was established by Charmaine Leeson and family in memory of her late husband, Dr. James Leeson. The fund was established to support Grey-Bruce students studying medicine and nursing. Both Charmaine and her husband James were introduced to the region after opening a Wiarton-based medical practice in 1958, which they operated until 1999. The couple were prominent members in the community even after their retirement to Sauble Beach, with Dr. James Leeson serving as president of the Bruce Medical Society and Wiarton Rotary for several years. The Dr. James and Charmaine Leeson & Family Fund will continue to support Grey-Bruce students with yearly awards for those pursuing careers in nursing or doctorates in medicine. The first recipient of the Leeson scholarship was Melissa Yeo of Owen Sound who currently studies medical science at Brock University in St. Catharines.

As the Community Foundation continues to grow, so does the treasure chest of stories about the individuals who have shaped our community. If you would like to support one of these special funds with a donation, give us a call ... "We’re here for good".